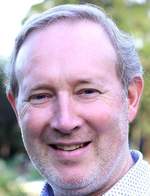 Currently working as a programmer and web developer. Composing music when time allows - between work and family commitments - which is very rarely.