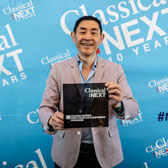 The Ngarra-Burria First Peoples Composers program has been presented with an Innovation Award at the Classical:NEXT Innovation Award Ceremony on Friday 20 May at Schauspiel Hannover. Lyle Chan, Australian composer and friend of the project, was requested to receive the award at the ceremony on behalf of Ngarra-Burria partners and Founder and Artistic Director, Dr Chris Sainsbury.

The Classical:NEXT Innovation Award raises awareness of forward-thinking projects from around the world, with a focus on renewal and contemporary trends in classical music. Ngarra-Burria was nominated for the ongoing partnership between Moogahlin Performing Arts (the leading Indigenous performing arts company in New South Wales), the Australian Music Centre, the Australian National University School of Music, and Ensemble Offspring.

Ngarra-Burria was initiated as a program to build bridges for First Nations musicians to step forward, further develop their composing skills and connect with the art music sector. Each year, the program mentors a cohort of Indigenous Australian composers, providing opportunities to write and record new music, with mentoring sessions, and workshops and rehearsals with members of Ensemble Offspring. To date, 15 First Nations composers have participated in the program, and with more to start later this year. For participating composers, Ngarra-Burria has resulted in commissions from leading Australian festivals and ensembles.

We are proud to share the global recognition of the Ngarra-Burria program, and extend our congratulations to Dr Chris Sainsbury, our presenting partners at Moogahlin Performing Arts, the ANU School of Music, and Ensemble Offspring, our supporters at APRA AMCOS, and EORA College of TAFE, and all Ngarra-Burria participants.

We also extend our congratulations to Innovation Award recipients Death of Classical (USA) and the Medellín Philharmonic Orchestra (Colombia), and fellow Australian nominee Big hART for 'The Acoustic Life of Sheds'. 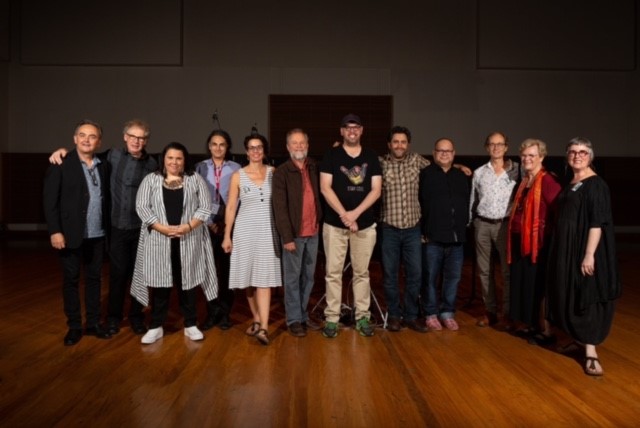