John Davis: A Thank You

Cat Hope on knowing and working with John Davis. Read John's own reflections on the eve of closing the AMC's door behind him after 32 eventful years.

It was brave of me to offer to write something about John Davis and his term as CEO of the Australian Music Centre (AMC) here, on their website. I am mindful that there are many who could do this, as his networks are spread very wide and deep. There are many composers and musicians who would like to pay tribute to John's contributions, because they meant so much to us. But here I am.

As an AMC-represented artist, composer, performer of new Australian music, programmer of music, ensemble director, academic, ex-head of a music school, ex-freelance artist, ex-Perth inhabitor, ex-music student, and ex-AMC board member (2016-2019), I do think I have a unique and comprehensive take on John's time at the AMC.

He introduced himself to me in the early 2000s when I was young academic having recently returned from overseas, reaching out to see what was happening. He was one of very few 'from the east' to do that. Then, thanks to him and Professor Roger Dean, I was invited onto an Australian Research Council Linkage Infrastructure, Equipment and Facilities (LIEF) grant, to develop the online navigation system for the AMC's collection of music and related member materials, the digitisation of which John had been overseeing. 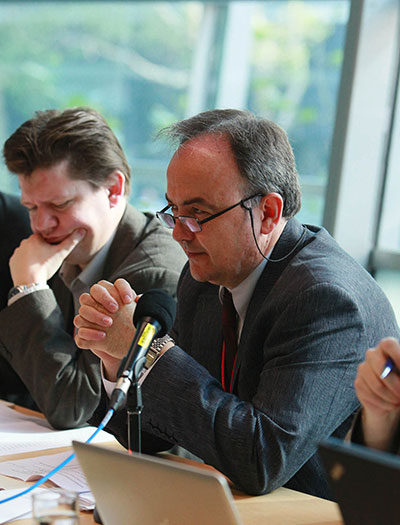 John Davis at an ISCM meeting in Sydney in 2010.

After this, we did lots of things together. He invited me as a delegate to ISCM in Austria/Slovakia/Czech Republic in 2013. I was at Classical:NEXT in Rotterdam with him and a cohort of other Australians in 2015. He ensured I applied to ISCM to do soemthing in Sydney in 2016, and he always tried to come to performances and events in Perth that I was involved in. He would often meet me for dinner when he was in town doing something that didn't relate directly to my projects. I often visited him at the AMC office, where he introduced me to the staff I got to know well over the years. He invited me onto adjudicating panels, and we spoke on the phone often, both asking each other for advice.

Sometimes I would ring with a 'What the???' call, and sometimes he would, too. He would often share contacts with me, introduce me to people around the world, or link me into music to listen to. He signed more support letters for me than I could poke a stick at.

The purpose of outlining these things is that they did not only happen to me. John has done all of these things with many people. He is the ultimate people person who has made sure he has built personal relationships with those who had an interest in or could benefit from what the AMC represented. This happened at scale - from children and relatives of members all the way up to executive levels. He understood that this is how community is made, and that a strong community is a strong cultural force that sustains us.

This is how the AMC has grown, and this is how it has innovated the music collection and representation business, becoming a model worldwide. It is how many Australian composers have had their work distributed outside of our home base, and how many of us have developed networks that have gone on to serve us, years later. Long before my time in new music, John was developing relationships around doing, making, thinking and responding with others. That's a lot of people during 26 or so years as the CEO of the AMC. And we are grateful. 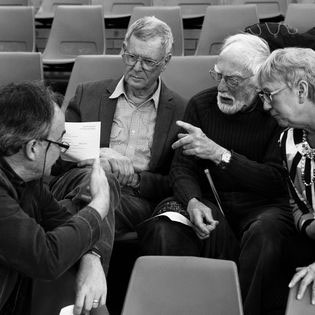 John's passion for networking is not reserved for people. It is also for software networks. His interest in developing systems of connectivity has been endless, and he has been able to make partnerships that have enabled the realisation of ambitious projects in relation to that, from the ARC Music Navigator project I mentioned, to more recent cloud-based projects that continue to date.

John is an excellent advisor and mentor, and understands that he is also being advised and mentored in the process of giving to others. He has a great corporate memory. This is because the AMC means something to him - he feels it is important for everyone to know about what music is being made here, in our time. He also understands the significance of people who have come before him, how they laid the path he later took up, and changed. He remembers those who journey alongside him, often at exactly the best moment. This is one of those moments.

It is clear by now that this is not a typical goodbye and thank you, a list of accomplishments, key moments, anecdotes, important players or insights. It is not a summary of John's intellectual and practical contributions to this valuable organisation - and if you are reading this, you know how significant these are. I have written about those things elsewhere. Rather, this is an attempt to capture a moment for AMC members like me, those current and aspiring, where we can acknowledge how important certain people are, and how their contributions and methods can contribute to the growth and elevation of culture in this country. John is one of those people. 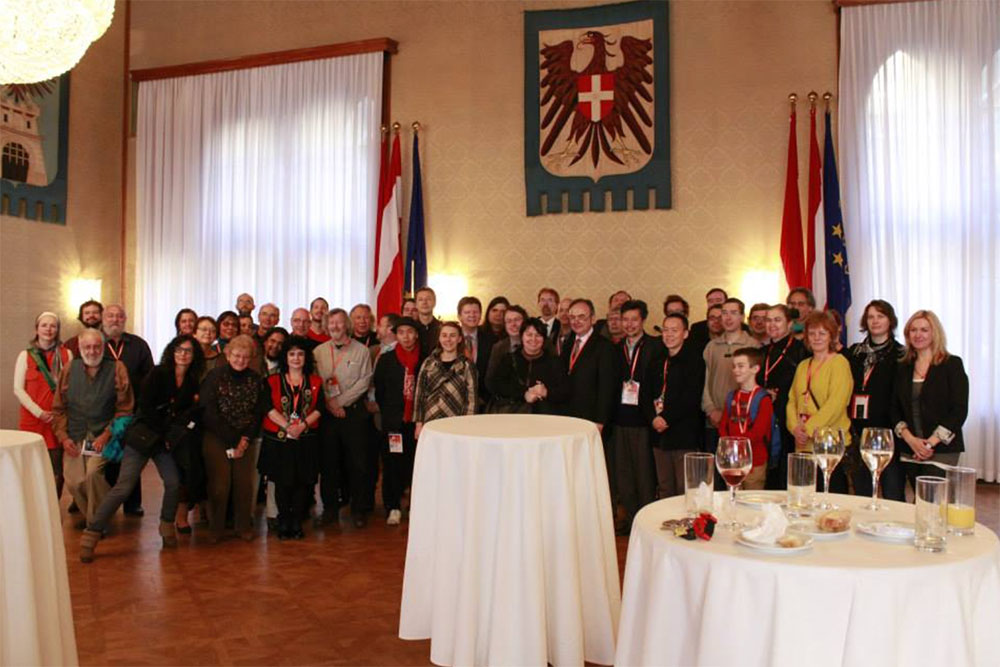 ISCM 2013 delegates in a group shot - John Davis, Cat Hope and
her son Luke among them. (Larger view.)