Deborah Cheetham AO will deliver the annual Peggy Glanville-Hicks Address in Melbourne on 22 October 2019, in conjunction with the awarding of the 2019 Paul Lowin Orchestral and Song Cycle Prizes. 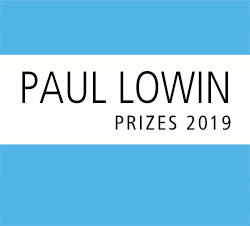 Perpetual and the Australian Music Centre (AMC) are pleased to announce the details of the 2019 Paul Lowin Prizes ceremony, to be organised in conjunction with the 2019 Peggy Glanville-Hicks Address at the Primrose Potter Salon, Melbourne Recital Centre, on 22 October 2019. Free tickets to the event will made be available at the beginning of October.

This historic occasion will bring together two important events in Australian art music. The Paul Lowin Orchestral Prize ($25,000) and Song Cycle Prize ($15,000) are among Australia's richest prizes for music composition, awarded every 2-3 years. The prestigious Peggy Glanville-Hicks Address has been igniting debate and highlighting crucial issues since its establishment in 1999. The AMC has recently taken on the custodianship of the Address, after the closing of the New Music Network, and is mindful of the importance of continuing this annual tradition with respect to its history.

The 2019 Peggy Glanville-Hicks Address will be delivered by Deborah Cheetham AO: Yorta Yorta woman, soprano, composer and educator, and a leader in the Australian arts landscape for more than 25 years.

"In 2019, we're fortunate to be able to bring together these two crucially important events of the Australian art music calendar, in a celebration of our vibrant and multifaceted art form. The submissions to this year's Paul Lowin Prizes reflect the multitude of styles in composition and artistic expression that is one of the main hallmarks of Australian art music today.

"The list of people who have delivered the Peggy Glanville-Hicks Address over the years is similarly proof of a strong trend towards diversity and true freedom of artistic expression. We are honoured to have Deborah Cheetham AO, an important art leader and one of our strongest compositional voices to have emerged over the past few years, deliver the 2019 Peggy Glanville-Hicks Address on 22 October."

History of the Paul Lowin Prizes

Paul Lowin was born in 1893 in Czechoslovakia, and lived in Austria in the 1930s before settling in Australia in 1939. He lived in Australia for two decades before returning to Vienna, where he died in 1961. Lowin's great passion in life was music, and he left a hand-written will which indicated his wish to establish a competition for works by living Australian composers in a 'modern but not too modern' style. Because of the lack of clarity in the will, there ensued a thirty-year sustained effort by the executors of his estate to establish a viable competition for composers. The competition was initially held every three years in 1991-97. In 1995 further changes by the court enabled the competition to be held every 2-3 years.

The Paul Lowin Prizes are managed by Perpetual, as trustee for The Paul Lowin Trust, and presented in collaboration with the Australian Music Centre.

History of the Peggy Glanville-Hicks Address

Peggy Glanville-Hicks Address is an annual forum for ideas relating to the creation and performance of Australian music. Named after the Australian composer Peggy Glanville-Hicks, the first Address was delivered in 1999 by James Murdoch. Since then, the speakers have included leading Australian composers, performing artists, arts leaders and intellectuals from Liza Lim to Julian Burnside, Jon Rose, Robyn Archer, Simone Young, Richard Gill, Kim Williams and Cat Hope. Managed by New Music Network from 1999 until 2018, the annual Address is now presented by the Australian Music Centre.

Deborah Cheetham, Yorta Yorta woman, soprano, composer and educator has been a leader and pioneer in the Australian arts landscape for more than 25 years. In the 2014 Queen's Birthday Honours List, Cheetham was appointed as an Officer of the Order of Australia (AO), for "distinguished service to the performing arts as an opera singer, composer and artistic director, to the development of Indigenous artists, and to innovation in performance".

© Australian Music Centre (2019) — Permission must be obtained from the AMC if you wish to reproduce this article either online or in print.